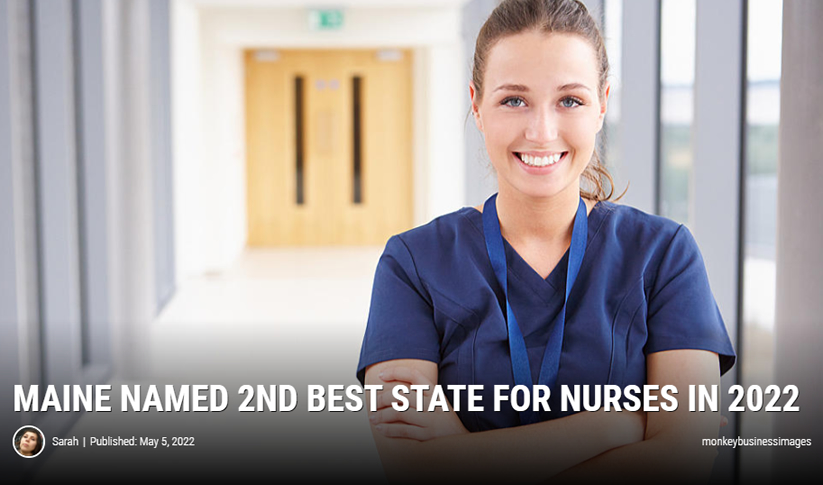 Working in Maine can be really great for some professions and it looks like one of those professions is nursing.

Despite coming in 2nd best in the nation for places to work as a nurse, Maine nurses earn nearly the least in the nation, coming in with the fifth-lowest annual nursing salary. The mean annual wage of a nurse in the United States is $80,000.

Many factors were considered for the ranking in this list and broken into two categories: opportunity & competition and work environment. Within these two categories, various pieces of information created the ranking system including monthly average starting salary for nurses per state, nurses per 1,000 residents, tuition cost per credit for BSN online program, mandatory overtime restrictions, a regulatory requirement for nurse practitioners, friendliness toward working moms, and many more factors.

Breaking Down how Maine Ranks in the Nursing Profession

Here were some of the ranking stats for the State of Maine when it comes to the state’s nursing market:

The states that ranked the worst were Oklahoma, which came in last, followed up by Alabama, Hawaii, Arkansas, and Mississippi.

Is a Rewarding Career in Nursing Right for You? Get More Info…

If you’re interested in learning more about a career in Nursing, fill out the form on this page to receive more information. A friendly Beal University Career Advisor can answer career questions, guide you to our virtual tour, and get you helpful financial aid information. Get the answers you need to discover the perfect career path for you.